To share your memory on the wall of Dennis Hampton, sign in using one of the following options:

Dennis was a track star i... Read More
Dennis Robert Hampton was born to Dennis M. Hampton and Joyce E. Thomas on October 12, 1972, in Hamilton, OH. Dennis peacefully transitioned into his eternal rest on Sunday, October 4, 2020 in Hanover Park, IL.

Dennis was a track star in high school as well as at Bowling Green State University in Bowling Green, OH where he graduated with a Bachelor of Science in Manufacturing Technology in 1999. Later Dennis received his Master of Business Administration from University of Phoenix in 2006. He was recruited by Navistar Company in Indianapolis, IN. The family moved to Hanover Park, IL, when Dennis accepted the position of Purchasing Program Director with Navistar, where he was employed at the time of his passing.

In 2000, Dennis and Marisa met while out partying like young people do. Marisa went to the restroom and when she came back this young man – Dennis – had invited himself and was sitting at the table where Marisa sat with her friends. They were all talking when she came back from the restroom and Dennis said to her, “you look real young!”. I rolled my at eyes at him in response Maris said. He then asked if I wanted a drink, and I told him “just get me some water”. As Marisa was leaving the party, he asked “can I have your number?”. Marisa responded, “I don’t date dudes with sagging jeans” and he raised his shirt and said “I’m not sagging – see, my jeans are too big for me”. Marisa saw that 6-pack and snatched the paper from him saying “Boy, give me your number!”. He married the love of his life, Marisa Tanisha Wilson, shortly after she received her Master of Science Degree from Ball State University in Muncie, IN.

Dennis and the family became pioneers in establishment of their new church home at Living Faith Cathedral Worship Center in 2009 and faithfully served there as officers and spiritual mentor to so many men who later joined the church. Brother Dennis served as President of the LFCWC Lay Organization until his departure. More importantly, he was the Pastor’s “Right-Hand Man”. Brother Dennis chaired the annual golf outing and family picnic, two of the church’s annual signature events. He served as a very dedicated, vibrant, and active leader in various other ministries at Living Faith Cathedral Worship Center church (LFCWC) especially the Joshua Men’s Ministry. In this capacity he served as a genuine role model and mentor for boys as they grew into manhood. As a real “Joshua Man” he treasured his involvement with his
children’s athletic feats serving with the Flipping Flyers Track Club as volunteer coach and assisting Greg Gomez Train Wrestling Club (GG2) among other community engagements. Many of his church members would say, “does that brother every sleep?”. He was dedicated to serving both his Hampton family and his LFCWC family.

Visitation Friday, October 9, 12Noon until time of service 2:00pm at Countryside Funeral Home and Crematory 1640 Greenmeadows Blvd (at Barrington Road) Streamwood/Schaumburg. Interment Wednesday October14, Greenwood Cemetery Hamilton, Ohio. **Due to COVID-19 restrictions, a max. of 50 people will be allowed in the funeral home and masks are required.

For information (630)289-8054 or www.countrysidefuneralhomes.com
Read Less

Receive notifications about information and event scheduling for Dennis

We encourage you to share your most beloved memories of Dennis here, so that the family and other loved ones can always see it. You can upload cherished photographs, or share your favorite stories, and can even comment on those shared by others.

Posted Oct 12, 2020 at 04:31pm
Dennis' passing has affected me deeply. I worked with him at Navistar on several projects over the past year. Dennis was warm and very friendly. He also focused on his assigned tasks and delivered them when promised. He stepped up to lead in a rapidly changing organization. He was always willing to learn new things and to share what he knew with you so that we could all improve our skills. When he found out I knew a lot about the engineering release process and the process from release to production break, he set up meetings with me so I could teach him. Then he pulled the information together, had me review it, and shared the result with his coworkers. He remained positive and confident in the face of very difficult challenges and did so while working many (too many!) projects at the same time. Rarely do I connect with someone as quickly as I did with Dennis. I will miss him.

Posted Oct 09, 2020 at 10:00am
To the Hampton Family
I am so sorrowful for your lost. The news was devastating. There is so much hurt among the congregation of Living Faith it can not be expressed in words. Pastor and I truly loved Dennis. I have watched him over the years and never seen a greater Dad and caring human being. One thing I know this man had unshakable faith. He is now resting with the angels and he is receiving all of his crowns. We love you Marisa and all of the kids. Let us know if you ever need anything! Dr.Gloria Bullock
Comment Share
Share via: 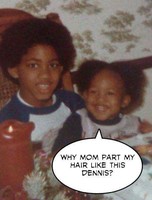 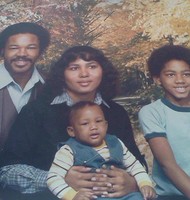