To share your memory on the wall of Dorothy Jablonski, sign in using one of the following options:

Provide comfort for the family of Dorothy Jablonski with a meaningful gesture of sympathy.

We encourage you to share your most beloved memories of Dorothy here, so that the family and other loved ones can always see it. You can upload cherished photographs, or share your favorite stories, and can even comment on those shared by others.

Ms. Jablonski (nee Bennett) was born June 4, 1946, in Chicago to James Edward Bennett and Claire Theresa Bennett. She was the fourth of five girls, all raised on the south side of Chicago.

While an infant, she contracted spinal meningitis, requiring around-the-clock care from her parents and grandfather. “Our grandfather would come over and rock her all day,” her sister June Holland said. “I don’t know how he and our parents did it. … Love and rocking chairs.”

After it was discovered that the illness had caused severe hearing loss in one ear, her older sisters took her to Loyola University for therapy aimed at teaching her to lip read and turn her head toward people when they spoke to her.

Ms. Jablonski went on to work for Ball Corp. in Elgin, from which she retired after more than 25 years of service. She also found time for volunteer work. She enjoyed theater and for several years volunteered at the Hemmens Cultural Center in Elgin, Ill. Among her favorite activities was spending time with her cats, which she adored.

Visitation will be held from 1 to 3 p.m. Saturday, Nov. 2, at Countryside Funeral Home, 95 South Gilbert St., South Elgin, Ill. A funeral service will be held at the funeral home immediately following the visitation. Her remains will be cremated and later interred alongside her parents at Resurrection Catholic Cemetery in Justice, Ill.

Memorial contributions may be made to Chicago Cat Rescue, at P.O. Box 146338;
Chicago, Ill. 60614; or www.chicagocatrescue.org/donate.

Posted Oct 30, 2019 at 12:10pm
Our warmest condolences to Jill, Becki, and Melissa with all our love from Dad and Marilyn Jablonski.

Flowers were purchased for the family of Dorothy Jablonski. Send Flowers 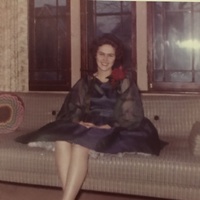 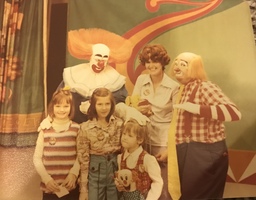