To share your memory on the wall of Eugene \"Bud\" Medina, sign in using one of the following options:

We encourage you to share your most beloved memories of Eugene "Bud" Medina here, so that the family and other loved ones can always see it. You can upload cherished photographs, or share your favorite stories, and can even comment on those shared by others.

Your Friends from Lineage

Your Friends from Lineage purchased flowers for the family of Eugene "Bud" Medina. Send Flowers

Posted Oct 08, 2019 at 07:18pm
My condolences to you and your family. I am getting old, but if my memory serves me, I worked with Bud in 1955 and 56 during the summer attached to the extra gang out of Spaulding, IL. He always impressed me with his smile and abilities to get the job done. I always remember his black peaked hat he wore and his clothes were always neat. His ability to give the candy dancers the prompts to straighten out the rails was always great. He was a man, young one at that time as I was, but Don Ringlebauer was our boss and we worked as a team to make sure those tracks were in good shape. I had been looking for him in the past years and this is not the way I was hoping to find him. God bless you Bud along with your great family.
Tom Adams
Comment Share
Share via:
TH

Posted Oct 07, 2019 at 06:13pm
Bud touched so many lives with his outgoing, loving personality. He was a loving husband, Dad & Grandpa. He was also a very special “Outlaw,” loved by all of us. We cherish the time we had with him. Our heartfelt prayers & love to Judi, John, John Jr. & Amanda. Soarwith the angels Bud!
Comment Share
Share via:
M

Everyone loved to listen to his stories. He had a wonderful way to Express them to you. I will miss that. He also did beautiful leather work. He Will be missed by all of us Marie Idaszak 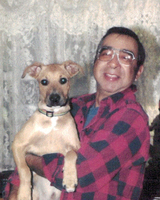 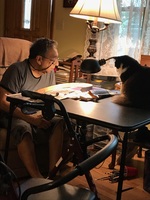 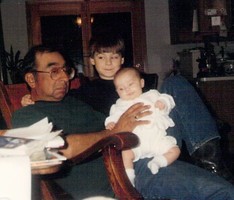