To share your memory on the wall of Gerald Sauer, sign in using one of the following options:

Jerry is also survived by his sister Mary Schaffer of Hokah, MN and sister-in-law Margaret Washa of Milwaukee, Wisconsin.

While in high school, Jerry learned Morse code and, because of his proficiency, was quickly recruited into the Navy. He proudly served on the USS Jerauld where he was in charge of everything electrical on the ship and treasured the plank he owned from that vessel as it served as a reminder of the friendships he forged while serving honorably.
After serving in the Navy, he attended college at the University of Minnesota-Twin Cities where he graduated as an electrical engineer. He roomed with astronaut Deke Slayton and is pictured in Deke’s autobiography and in the Deke Slayton Museum in Sparta, Wisconsin. While working in Alaska for RCA, he fell in love with his beautiful bride, Carmen Rose Garcia. They married in 1953 and had eight children in the next ten years.

Jerry’s work took him all over the country, and no matter where he lived, he was always involved in the Catholic church as his faith was extremely important to him.

Jerry loved to take things apart and put them back together. There wasn’t anything he couldn’t fix. He was an absolute genius and was larger than life. He enjoyed reading the newspaper and doing crossword puzzles to prepare himself for an evening of watching Wheel of Fortune with his family. It was always a competition to see who would solve the puzzle first! He also enjoyed his friends and neighbors. Although he had a large family, his door was always open, and he welcomed anyone into his home for a warm meal and company.

Due to Covid 19 restrictions, there will be no funeral or visitation at this time but rather a celebration of life in July, 2021 in his hometown of Hokah, Minnesota.
Read Less

Receive notifications about information and event scheduling for Gerald

We encourage you to share your most beloved memories of Gerald here, so that the family and other loved ones can always see it. You can upload cherished photographs, or share your favorite stories, and can even comment on those shared by others. 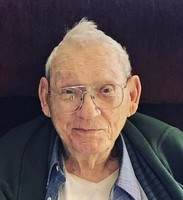