To share your memory on the wall of Harriett Farley, sign in using one of the following options:

**in compliance with the Executive Order, a maximum of 10 people will be allowed in the building at one time.

Receive notifications about information and event scheduling for Harriett

We encourage you to share your most beloved memories of Harriett here, so that the family and other loved ones can always see it. You can upload cherished photographs, or share your favorite stories, and can even comment on those shared by others.

Posted Mar 31, 2020 at 02:52pm
One treasured memory I have was being on the farm picking blueberries with Harriet and her siblings. Her mother (my great-aunt) made blueberry pie for us, it was delicious.
With sincere sympathy to the Farley & Hartman families. Terry & Jill Shaw
Comment Share
Share via: 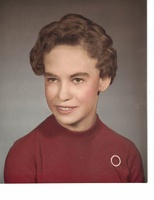