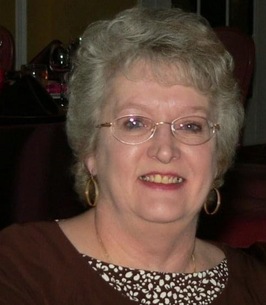 Kathryn Ann (Griffith) Milliron was born on July 7, 1944 in Pittsburg, PA. She spent most of her childhood growing up in Oakmont, PA with her 2 brothers (Harry and Butch) and 3 sisters (Shirley, Jane and Joan). She graduated from Oakmont High School where she was a cheerleader and developed a love for sports, later becoming a big Chicago Cubs and Chicago Bulls fan.
In 1962 while working at Haskell Mfg, she met the love of her life, Ed Milliron. They married October 22, 1966 and moved to Baden, PA where they built their first home together. They spent a short time living in Levittown, PA before moving to Streamwood, IL in May 1977 where they settled in for the next 44 years to raise their family and spoil their grandchildren.
Kay was a homemaker until 1982 before going to work for Fidelitone Inc for the next 28 years. She was an avid reader when she wasn’t supporting one of her grandchildren at a baseball game, softball game, dance recital or graduation.
Kay passed away on November 18, 2021 peacefully surrounded by her husband and 3 children. She is survived by her loving and devoted husband of 55 years, Edwin O Milliron, her daughters Pamela (Robert) Jewell, and Cynthia (Michael) Babicz and her son Douglas (Sarah Mary) Milliron. Her sister Mary Jane (Joseph) Miceli and her 3 grandchildren Jacob and Kayla Jewell and Cydnie Babicz, along with many cherished nieces, nephews and great nieces/nephews.
She was proceeded in death by both of her parents, her brothers Harry (Marilyn) Griffith, Butch (Verna) Griffith, two of her sisters Shirly (Jack) Wirl, Joan (Dick) Deer, her BFF Josephine Castillo, Son In-Law Robert Jewell Jr and two nephews Billy Johnston and Sean Gazzo.
Her quick wit, feistiness and fierce love for her family will be missed by all! She was the neighborhood Mother to many and in her own words “A T.O.B.!”
There will be a mass for Kathryn on November 27, 2021. 10:00 a.m. at St John the Evangelist Church, 502 S. Park Blvd, Streamwood, IL 60107. A gathering will be held after the church at Moretti’s in Bartlett, IL.
In lieu of flowers, donations can be made Shriners Hospital for Children at 2211 N Oak Park Ave, Chicago, IL 60707 would be appreciated.