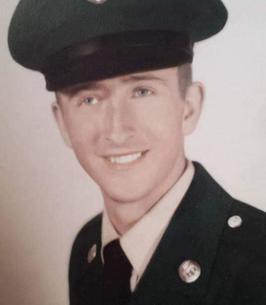 Richard Charles Drews, Sr., 83, of Streamwood, Illinois, peacefully went home to be with the Lord on Monday, June 6, 2022.

Richard was born on November 28, 1938 in Chicago, Illinois. Richard proudly served in the U.S. Army from December 1, 1961 till December 1, 1963 till honorably discharged, then served in the U.S. Army Reserves from 1974 till 1977. Richard was very proud to be a Veteran. In 1976 Richard drove the Hercules Missile in the 1976 Bicentennial Parade in Streamwood. Richard was a local truck driver in Elgin, Illinois for over 40 years till his retirement. Richard used to enjoy his "Oldies but Goodies" music, old time television games shows and movies, along with his precious dedication to his faith, he enjoyed collecting Catholic memorabilia such as statues of our Heavenly Father and Mother Mary and recently started collecting prayer cards of our Holy Saints.

Richard was and always will be a true symbol of strength, love and encouragement to his family and friends. Our hearts are forever broken.