To share your memory on the wall of Robert Kinney, sign in using one of the following options:

Provide comfort for the family of Robert Kinney with a meaningful gesture of sympathy.

Christ was the centerpiece of his life. While he enjoyed many accomplishments, the hallmark of his character was a devotion to his Savior. The light of Jesus shined through his love and service to others. His zeal was for missions, at home and abroad, as he supported numerous missions and missionaries throughout his life. He was a founding member of Grace Evangelical Church in Elgin, Illinois and helped build the physical building as well as its mission and congregation. He served the church for decades in numerous roles such as deacon, elder, Sunday School teacher, and preaching in the pulpit on occasion. He also served Pacific Garden Mission for the homeless and downtrodden in Chicago as a volunteer and board member.

His life's passion was the children of the world served by Compassion International. He served Compassion for 30 years, fifteen as board chair, traveling the world on their behalf to every continent except Antarctica. It was not to the glitzy places that he traveled but to the places of great need--the kind of places you get to by hours-long canoe rides or single engine planes landing in cow pastures.

After retiring and moving to Arizona in 1995, he served at Trinity Bible Church, as well as a thrift shop where he ministered to the poor and homeless. He also joined the Sun City West Posse where he served with distinction for 20 years, retiring only when the needs of his wife required it.

As a young man he enjoyed playing football. He was an avid and excellent swimmer and water skier. At family gatherings and with friends, he was the practical joker who brought laughter to all. He always loved gardening and enjoyed harvesting oranges and grapefruits in Arizona. In his later years he became a woodworker, making hundreds of items for others. In his later years, he devoted himself to genealogy, tracing both sides of the family back hundreds of years, an interest he shared with his grandson.

He was a devoted husband, father, and grandfather who prioritized love for family, duty, and responsibility over himself as he selflessly served others, particularly his wife suffering from Alzheimer's Disease.

In lieu of flowers, memorials be given in his memory to Compassion International, 12290 Voyager Parkway, Colorado Springs, CO, 80921. Online condolences may be left at www.countrysidefuneralhomes.com.
Read Less

We encourage you to share your most beloved memories of Robert here, so that the family and other loved ones can always see it. You can upload cherished photographs, or share your favorite stories, and can even comment on those shared by others.

Posted Jan 11, 2020 at 10:13am
So sorry. Although we didn’t get to see Uncle Robert much in recent years, we have wonderful memories of him & will miss him. As a kid, I always loved going to their house in Elgin & playing in the basement. I very clearly remember him pushing me around in a little fire truck. Along with my parents & Grandma & Grandpa, your parents were a role model for me of a strong Christian marriage. I am so very thankful for their influence in my life. Uncle Robert, along with Aunt Marilyn, have left a great legacy. Our prayers are with you all. Hugs!
Comment Share
Share via:
B

Posted Jan 10, 2020 at 04:24pm
I can hear “Uncle Robert’s “ hearty laugh after some humorous joke or story as plain as if it were only yesterday. He had that great sense of humor.
Comment Share
Share via:

Posted Jan 05, 2020 at 12:29pm
I remember Mr. Kinney as a child especially at Christmas Eve at my Great Grandmas House. He was always helpful and kind to little children like myself. Its funny I'm 59 now and I remember when I read the Christmas Story as a five year old to the family he was one of the first adults to praise me. He and his wife were always wonderful. My dad is his wife's cousin. When I read his obituary wow--what a wonderful legacy of an active Christian faith.
Comment Share
Share via:
RC

Posted Jan 02, 2020 at 09:48pm
Our thoughts and prayers are with you. Gunnar Carlson, Linda Doctor, Dick Carlson, and Roger Carlson 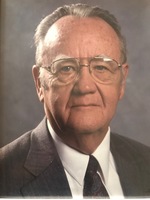