To share your memory on the wall of Russell Streeter, sign in using one of the following options:

Russ spent his formative years in Massachusetts where he was a fine student and natural athlete. He attended Rensselaer Polytechnic Institute in Troy, New York and was a graduate of American International College where he was a member of the hockey team.

Russ moved his family to the Chicagoland area in 1969 and was a top buyer for the Sears Roebuck Co., traveling globally. He later took a sales position with Complete Building Maintenance and remained with them for 22 years until his retirement in 2014.

One of Russ's greatest joys besides his family and canine companions was his love of golf. He was a loyal member of Medinah Country Club where he spent the bulk of his free time surrounded by his many friends. Streets, as he was fondly called, was a talented golfer and consummate sportsman, having played some of the country's most infamous courses, including Pebble Beach, Splyglass, Shinnecock Hills, Augusta National and Cypress Point. He always looked forward to his annual guys' golf trips to Bonita Bay and Moon Valley where he'd play lots of golf and cards, smoke cigars, drink a few cocktails and deeply enjoy the camaraderie of his pals.

Russ had an all-around endearing and positive presence. He will be remembered by many as a good, decent family man with a genuine and loving heart and abounding integrity. He was a joy to be around, had a warm, welcoming smile and great sense of humor. Russ would often appear out of thin air, walking along the fairways while his sons played in CDGA golf tournaments. He won the father/son golf tournament at Medinah with both his sons repeatedly. Got second in consecutive year in father/daughter. Russ will be sorely missed by all those lucky enough to cross his path and consider him family or friend.

Receive notifications about information and event scheduling for Russell

We encourage you to share your most beloved memories of Russell here, so that the family and other loved ones can always see it. You can upload cherished photographs, or share your favorite stories, and can even comment on those shared by others.

Posted Oct 25, 2019 at 08:46am
Russ and I go back to our junior high school days in the wonderful 50s. We remained close friends for the rest of our lives even though we traveled different paths. ‘Silly memory’, As young 7th graders we would go swimming at local pond and Russ had this ‘“wonderful” curly hair which would become very unruly when wet, so he wore a bathing cap. Russ never cared, marched to his own drummer.🤪. When he and Connie married, my late husband Kricor took movies of their wedding which became a treasure for them both. Dear family, He is sadly missed and forever loved. Patty Melikian Baker
Comment Share
Share via:
JC

Posted Oct 22, 2019 at 11:25pm
So very sad to hear about Russ' passing. We were good friends back in the glory years of growing up & playing hockey in Springfield. So many great memories. Rest in Peace, Russ. Your old friend, Jim Carlin, East Otis, MA
Comment Share
Share via:
AP

Posted Oct 11, 2019 at 06:56pm
I just heard of Russ' passing this morning. Mark and Carolyn please accept my most sincere condolences on this tragic happening. Russ and I played many rounds together at Medinah and as partners in numerous amateur events around the country. His absence will be felt not only by you and the grandchildren but by his playing companions at the club. I will remember him daily in my prayers.
Linda and I were planning on vacationing in Chicago next summer. We wish we had made it one year sooner.

Posted Oct 09, 2019 at 11:49am
With deepest sympathy, The Stineman, Lennon, Toffolon, and McCarthy Families

Posted Oct 09, 2019 at 10:53am
Sorry to hear about the passing of Russ. A great competitor on the golf course & especially on the ice with the BlackHawk Alumni . He was my defensive partner for many years & always made me look good! We will miss him at the rink & on the golf links. Russ left us with many good memories of himself , golf & hockey! 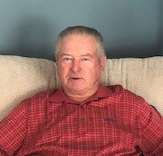 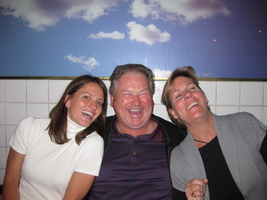 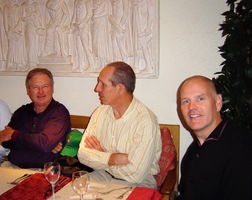 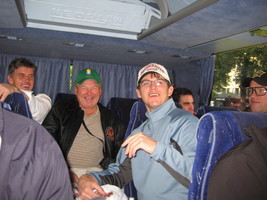