To share your memory on the wall of Thomas Halden, sign in using one of the following options:

Provide comfort for the family of Thomas Halden with a meaningful gesture of sympathy.

When not at Grove, Tom was also unconditionally devoted to his family both immediate and extended. There wasn’t a grandchild’s sporting event, project his children needed help with or family function that he turned down. He enjoyed his dogs, his Corvette, and boating on Lake Michigan. Loving husband, father, grandfather, brother, brother-in-law, uncle and friend, he embodied the utmost in patience, kindness, compassion and strength. Tom was beloved husband of Vicki. Amazing father to Thomas (Kara) Halden, Susan (Matthew) Carroll, Jennifer (Brian) Nazlian, Matthew (Erin) Halden, and Michelle Halden. Generous grandfather to Carissa, Lily, Tyler, Jack, Owen, Alison, Charles, Emilie and Savannah. He is also survived by his siblings Barbara (John) Kinsey, Debra (John) Garrity, Cindy Jeans and Scott (Stephanie) Halden, his mother-in-law Clarisse Ieler, brother-in laws Jim (Debbie) Mellone and Jeff (Kelly) Ieler as well as his many nieces and nephews.

Visitation will be held on Friday, February 7, 2020 from 3:00pm - 7:30pm at Countryside Funeral Home on 333 S. Roselle Road, Roselle. The Memorial Service will be held immediately following at 7:30 pm. In lieu of flowers, donations to 4 Paws 4 U 4 Ever Pup Rescue (www.4paws4u4ever.com) would be appreciated. For funeral information, www.countrysidefuneralhomes.com or 630-529-5751.
Read Less

Posted Feb 07, 2020 at 02:41pm
I had the pleasure of seeing Tom a few times a month for several years when I worked at Countryside in Streamwood. I always enjoyed our non-office supply conversations; his love and devotion to his family was evident almost immediately. May your family find strength in your loving memories.
Carolyn Pollina, Carlsbad, CA
Comment Share
Share via:
HS

Blooming Garden Basket was purchased for the family of Thomas Halden. Send Flowers

Flowers were purchased for the family of Thomas Halden. Send Flowers

Posted Feb 06, 2020 at 02:02pm
My condolences to you and your family Michelle. Praying the Lord blesses you with comfort and strength during this time.
Comment Share
Share via:
KS

My deepest condolences the Halden family. I’m so very sorry for your loss. Praying you’ll find strength and comfort throughout this difficult time.
HS

Blooming Garden Basket was purchased for the family of Thomas Halden. Send Flowers 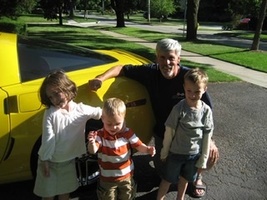 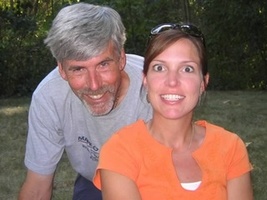