To share your memory on the wall of William Fraser, sign in using one of the following options:

Provide comfort for the family of William Fraser with a meaningful gesture of sympathy.

Receive notifications about information and event scheduling for William

We encourage you to share your most beloved memories of William here, so that the family and other loved ones can always see it. You can upload cherished photographs, or share your favorite stories, and can even comment on those shared by others.

Posted Oct 28, 2019 at 02:47pm
I worked with Bill for many years at Elk Grove High as a fellow vocational coordinator. We always enjoyed lively conversations and a lot of laughs. Bill taught me about investing my money and I am happy that I did what he said. I know for sure that he really loved his wife and children because he would tell us about his hopes and dreams for all of you. He was very proud of his service to our country and we appreciated him for that. He will be missed but his legacy of great teaching, serving his country, and adoring his family will always be in our hearts and minds. God bless you all. With much sympathy, Judi Breen
Comment Share
Share via:
AF

Thank you so much for your caring well thought out tribute. From Al Fraser, Bills brother
EM

Posted Oct 28, 2019 at 11:30am
I had the privilege of knowing and working with Bill in the 'Business Technology and Life Studies' department at Elk Grove High School. He touched many student and staff lives with his unassuming, thorough and chivalrous ways. May he rest in peace.
-- Elizabeth Meister
Comment Share
Share via:
AF

Thank you so much for such kind words.
AF

Posted Oct 28, 2019 at 02:15am
I will love you forever. You were my best friend as well as my big brother. Till we meet again love All.
Comment Share
Share via:
HS

Flowers were purchased for the family of William Fraser. Send Flowers

Flowers were purchased for the family of William Fraser. Send Flowers 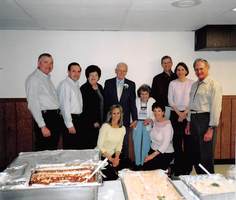 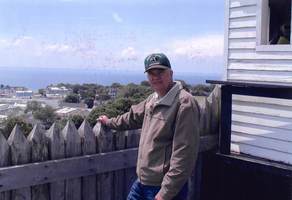