To share your memory on the wall of Mary Jane Davidson, sign in using one of the following options:

Visitation Monday September 28, 2020 from 3:00pm until time of service 6:00pm at The Countryside Funeral Homes and Crematory, 1640 Greenmeadows Blvd., Streamwood. Following services, cremation will be private at The Countryside Crematory. Info www.countrysidefuneralhomes.com or (630)289-8054
Read Less

Receive notifications about information and event scheduling for Mary Jane

We encourage you to share your most beloved memories of Mary Jane here, so that the family and other loved ones can always see it. You can upload cherished photographs, or share your favorite stories, and can even comment on those shared by others.

Posted Sep 28, 2020 at 05:14pm
Dear Don and Family; You have our deepest sympathy and continual prayers. Mary Jane was a very special and kind hearted woman that I had ever known. I knew her briefly as a child in grade school from her son Daniel. It wasn't until years later in 86 when I moved on the corner of her street that we became very close. We talked daily and for hours, full of laughter and plotting. She did love crimes and she did enjoy solving them as her son Mark stated. Mary Jane was the top neighborhood watch, she cared deeply for her neighborhood. She participated in monthly meetings at the Hanover Park hall working with police and individuals in the neighborhood. Mary Jane was also their for anyone in need. Mountains could not stop her from getting over them when she was on a mission. I later in 2000 moved from the neighborhood. In 2001 my first husband passed away. Mary Jane was my rock and helped me pick up the pieces. I will never forget how truly wonderful she was to me. As we kept in touch even tho I moved farther away we talked often. She loved talking about her yard it was her passion. She talked endlessly on how wonderful her son Mark and Manuela were to both her and Don. She loved Manuela like a daughter even tho I never met her in person, I felt I knew her via Mary Jane. I would talk of the animals I rescued. She would then update me on all of Manuela's animals and how they were treated like children, what a wonderful cook she was, and so much more. The last few years were more how grateful she was for Manuela going to the store for her and picking up things that Don and her needed, especially when the Covid started. I guarantee she loved all her children and grandchildren, she was so proud and talked of them each endlessly. Mary Jane will be truly missed. I even called her my second mother. If anyone ever got to know her you are truly blessed. I will miss her for eternity. I will miss my go to lady and the laughter she had. I know she is at peace and in good hands. Until we meet Again Mary Jane, Love You Always and Forever. Mark and Debbie OBrill.
Comment Share
Share via:
MD

My tears are falling freely,
I miss you so very much…
I hope that you can hear me,
and hope you’ll “stay in touch”.

I miss our daily chatter,
our laughter and our cries…
those talks I’ll always treasure,
no matter how time flies.

You welcomed me as a daughter,
the moment Mark brought me home…
you helped me through my struggles,
so I was not alone.

You taught me about this country,
you got me “on the road”…
to ease my integration,
and no, I came not on a boat.
(hee hee hee…private joke!)

You raised the man I married
as a gentle, loving man…
I’m so grateful how you taught him
to treat me like a queen.

You saw me through my heartaches,
when loss would overwhelm…
when Oma and Dad left me,
you were there, you took the helm.

We shared so many stories,
we solved so many “crimes”…
sometimes we’d talked for hours,
for us, those were good times.

We’d talk about our flowers,
our harvests, great and small…
I hope that you’ll still hear me,
each day when I will “call”.

I hope you made your journey
without too many stops…
and if you meet my Dad there,
you guys can have that ‘Schnaps’.

Forever in my heart,
Manuela

Posted Sep 27, 2020 at 09:25pm
MaryJane was a wonderful lady..I only knew her for a few years . My friend Wanda is her neighbor and I met her thru her.
I then began weeding her garden and planting her flower pots. Each time I came she would make sure to remind me to only pull the weeds and not her flowers, especially the Bee Balm plant her daughter-in-law gave her. We would then sit on the
Front porch and talk . I will miss her. Marilyn Lee

Posted Sep 27, 2020 at 03:54pm
My mother, Mary Jane Davidson passed away September 25th, around 2:10AM while in hospice. It all began several weeks ago, when - after watering her flowers and tomato’s on the back porch, she forgot to ‘step down’ to the garage and broke her left hip and arm. Having broken her right hip back in 2015, it appeared that Mary Jane liked was just trying to keep things fair and even.

Something happened between the hospital ER and the overnight room they brought her to. They doctors insist that she didn't have a stroke, yet after the ER, she stopped speaking altogether, she could no longer swallow and quickly became unresponsive to verbal and physical interactions. There were a only a few brief moments, when the trance was lifted and she knew who was there and tried to speak. I believe those moments were GODs gift to mom and us, so that we could reaffirm our love and connection to each other.

There was also a moment towards the end, when moms gaze was fixed to an empty spot in the room and she was vigorously chatting with someone that nobody else could see. My wife Manuela asked her “Mary Jane, who is it - who are you talking to”? Mom turned to look her directly in the eye, moved her hand to her mouth, placed her finger across her lips and with a knowing nod - made it clear that whomever it was, that secret would be hers and hers alone. I would like to think that mom was talking with her sister, who was guiding mom and preparing her for her final journey. I will not know for sure until that day, when we meet once again - in the everlasting grace of our LORD.

Mom was only 86 years young when she left this earth and I can guarantee this wasn't part of her (most likely Homeric) exit strategy - AT ALL. It’s too bad there wasn’t at least a car chase involved, mom would have really liked to have an action packed story to tell everyone up there.

My father Donald (if you worked at O'Hare, you might have known him as "Blackie" down in Aerojet or the UA Bag-room) is left behind at a surprisingly active 90. Yet he has had his companion of over 65 years ripped away over something as trivial as a missed step through a doorway. The word ‘tragedy’ doesn’t come close to what happened at all. Yet despite all my faith, my thirst for truth, my ever seeking eyes - I find that the phrase 'life isn't fair' still hits like a vengefully swung sledgehammer.

Tomorrow afternoon, we will be giving her the send off she instructed us to give. I hope she likes it, I may have not have gotten everything ‘just so’ but I did my best and my mom deserves the best. I implore all of you, if you love someone, please tell them while you can - as often as you can...and in my mom's case of being hearing impaired, sometimes 'as LOUDLY' as you can. Fate does not wait for anyone to make time. Sometimes ‘tomorrow’, will never come. Perhaps one day ‘Later’, will come a moment too late. Tomorrow waits for none. I am thankful my wonderful wife Manuela & I were able to express to “our” mother, the love we have had for her while she was on this earth and the love we will carry to the end. 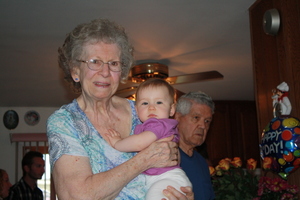 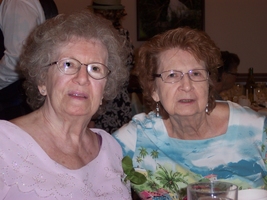 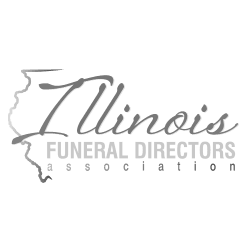