To share your memory on the wall of Rumaldo Besinaiz, sign in using one of the following options:

Provide comfort for the family of Rumaldo Besinaiz with a meaningful gesture of sympathy.

Rey passed peacefully in his home in Streamwood IL surrounded by his loving family. Rey was Born April 30, 1940 in Galveston, Texas. He proudly served in the US Marine Corps during Vietnam. Rey was a devoted husband, f... Read More
Rey Besinaiz - 79.

Rey passed peacefully in his home in Streamwood IL surrounded by his loving family. Rey was Born April 30, 1940 in Galveston, Texas. He proudly served in the US Marine Corps during Vietnam. Rey was a devoted husband, father, grandfather, & great grandfather. People knew him for his kindness and willingness to help others before himself, he was the rock for others in their time of need. He had a heart larger than life. He is survived by his wife of 39 years Rosalba Besinaiz, his six children; Wendy Sanden, Armando Besinaiz, Raquel Garcia, Stefanie Besinaiz, Joseph Besinaiz, Cynthia Besinaiz, his Children in law; Jason E Sanden Sr, Jose Garcia Jr, and his Grandchildren; Veronica Maria Sanden, Eliana R Garcia, Dina Marie Sanden, Jason E Sanden Jr, Isabella Claire Sanden, Josiah Rumaldo Besinaiz, Natilynn Vida Besinaiz & great great grandchild Ryan Scott McGillis Jr,. He is survived by his sisters Berta Saucedo, Ruben (Teresa) Basuldo and Grace (Maher) Nubani.


Services will be held at Countryside Funeral home in Streamwood IL from 3 - 8pm Sunday October 6th 2019.

Receive notifications about information and event scheduling for Rumaldo

We encourage you to share your most beloved memories of Rumaldo here, so that the family and other loved ones can always see it. You can upload cherished photographs, or share your favorite stories, and can even comment on those shared by others. 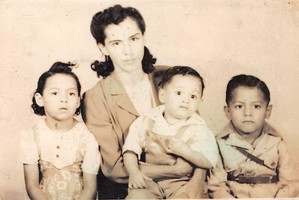 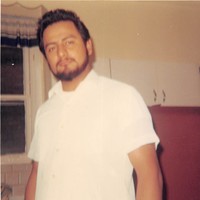